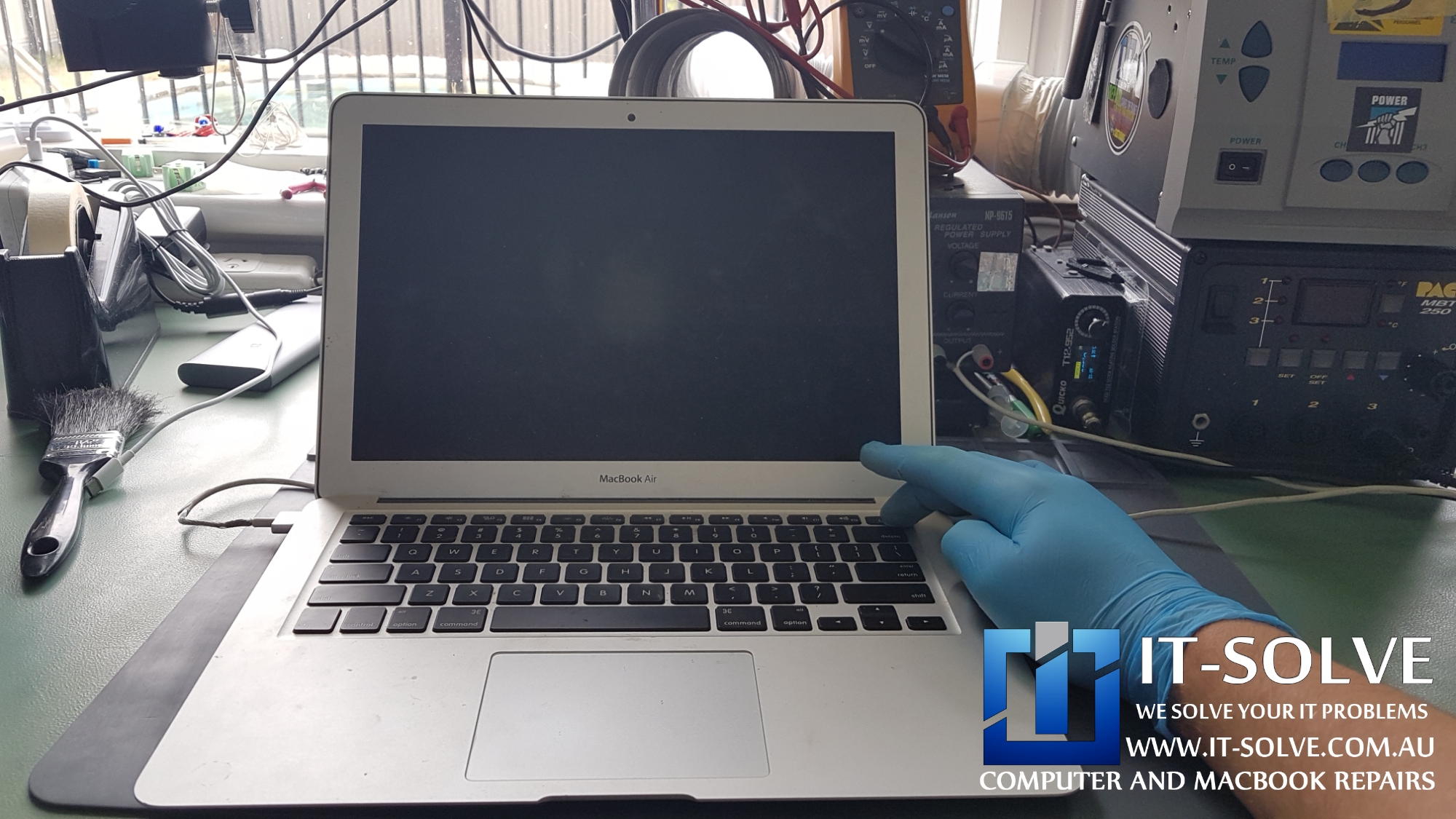 Liquid and electronics certainly do not like each other. We saw this one more time this week when this 2017 A1466 Macbook Air won’t turn on repair after leaked water in a backpack came to our workshop.

It is not unusual for us to see liquid damaged MacBooks, but this one was quite extensive. However, the expanse of the liquid was not the reason why it took us more than 8 hours on the bench fighting for its life.

Follow the case through with us to see why we keep repeating that we should treat and repair liquid damaged electronics ASAP rather than letting them dry. They are not clothes on a cloth line, for god sake!

When we took it apart, we could see that there was liquid damage which must have stayed in there for a couple of weeks already.

We quoted the customer, and after the go-ahead sign, we stripped the Macbook apart immediately and started measuring around the power IC’s as not turning on would have been a power failure.

Looking at the power IC’s and measuring the missing voltages, we identified that one of the power rails was missing voltage. By poking around the power IC responsible for the power line, we have noticed oxidation.
This had to be clean, and traces rebuild. They were almost non-existent, as oxidation eats through copper.

At this point, we had spinning fans, and the Macbook board was pretty much alive. However, we had to treat couple more areas. One being the PP3GH lines, which clearly had oxidation exposure too. This line carries quite a current, and we need to ensure they are residue-free. Otherwise, we will lose traces pretty quickly.

Ensuring good contact with all components in this area is vital. Joul’s law of heating basically sums it up as More current you run through conducting traces, less resistance you need on them. Otherwise, it transforms into heat which can cause degradation of copper or damage to electronics components.

The oxidation around the screen connector was quite extensive, so we addressed it by cleaning the area and replacing damaged components. Also, there were a couple of traces that were getting thinner due to the liquid residue. We addressed them too.

We could now measure that the MOSFET has failed. Seems like due to the short of the capacitor in the output line with stabilised traces. Of course, we replaced it.

This was quite of a repair, but we have persevered. It is hard to believe how so many components can get damaged if liquid residue is not treated as quick as possible after the incident.

If your Apple Mac or Macbook is causing trouble and need a Macbook Repair Service in Adelaide, give us a call, and we will advise on the best scenario to get your device repaired.

Interstate? Why not Send IT for a Repair. Repairs take under three weeks, including forward and backward postage. Contact us to get an idea of cost and turnarounds.

We at IT-Solve, specialise in Apple Mac and electronics repairs. We will do our best to repair your Mac quickly without involving high costs and long waiting times in repair shops. Our average repair takes under a week!

Messenger
Our engineers will respond quickly to your query.

We are committed to reducing e-waste in Australia. How we do it is by educating our customers on the reparability and longevity of their devices, as well as providing affordable Macbook Repairs here in Adelaide.
Although our best intentions and hard work, this is not an easy task. Customers must accept that cost of high-quality electronic repairs, is between a third and half of the price of a new device. However, with the current trend of planned obsolescence in electronic design, we see more and more Macbooks having shorter lifespans. To tackle that, while we do our repairs we target common planned obsolescence engineering design mistakes to ensure we extend the life expectancy of the Macbooks we repair. Check some of our Macbook Repair Cases to get an idea of the process.

That said, if we buy a new one or write it off via insurance, it does not guarantee that the new one will not meet the same fate as the older one pretty soon.
As matter of fact, quite often we see accidents reoccurring within less than 2-year gaps. If we can save 2000$ or even 1000$ today by repairing our faulty Macbook is brilliant. That’s an extra half Macbook cost ready to be spent on another one when the time comes or our need for performance increases.
When that time comes is up to us to buy a new one or keep pushing the one we have, but delaying it by a year or three is always a good starting point and saves another abandoned Macbook from polluting our one and only Planet. 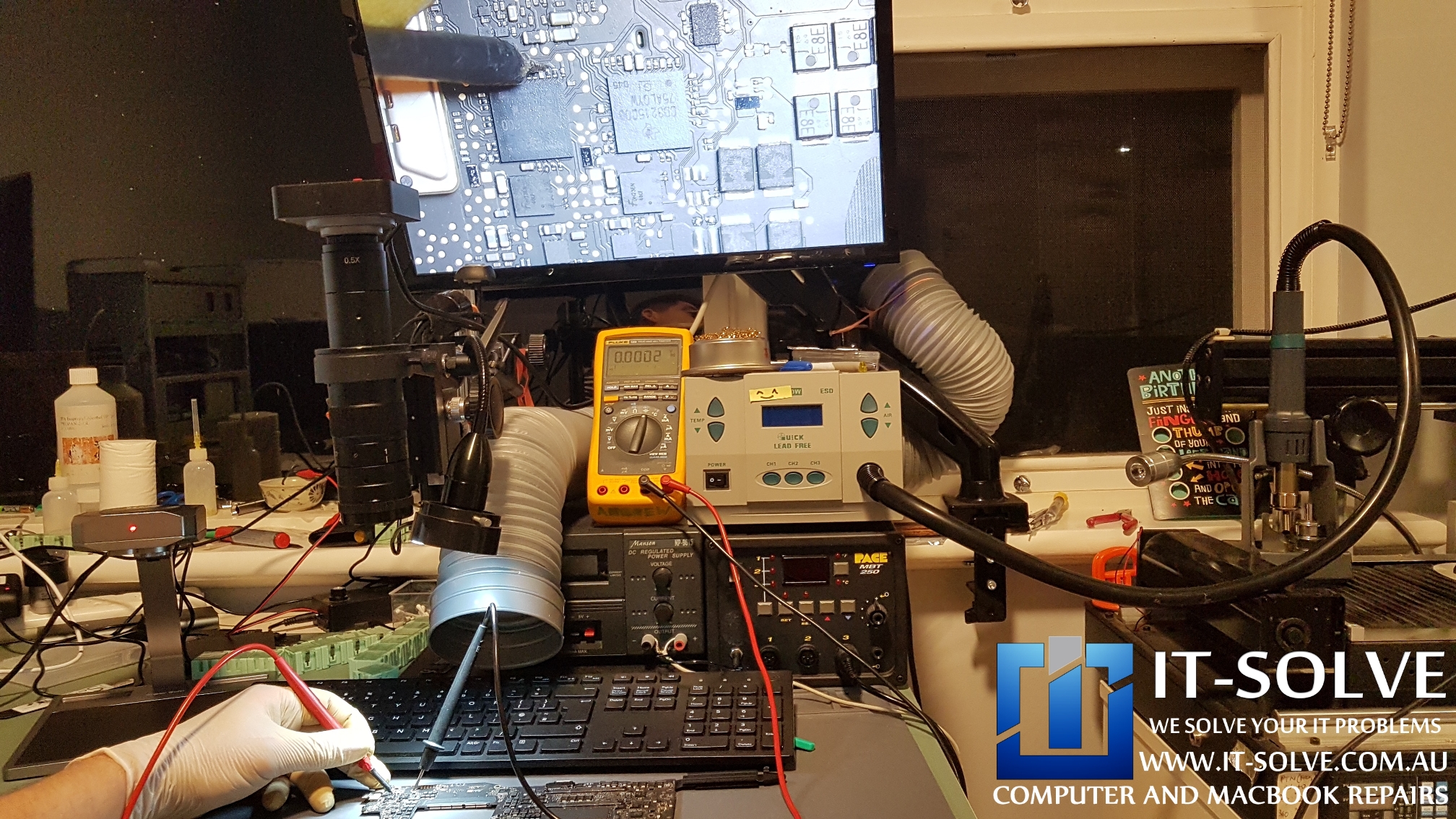